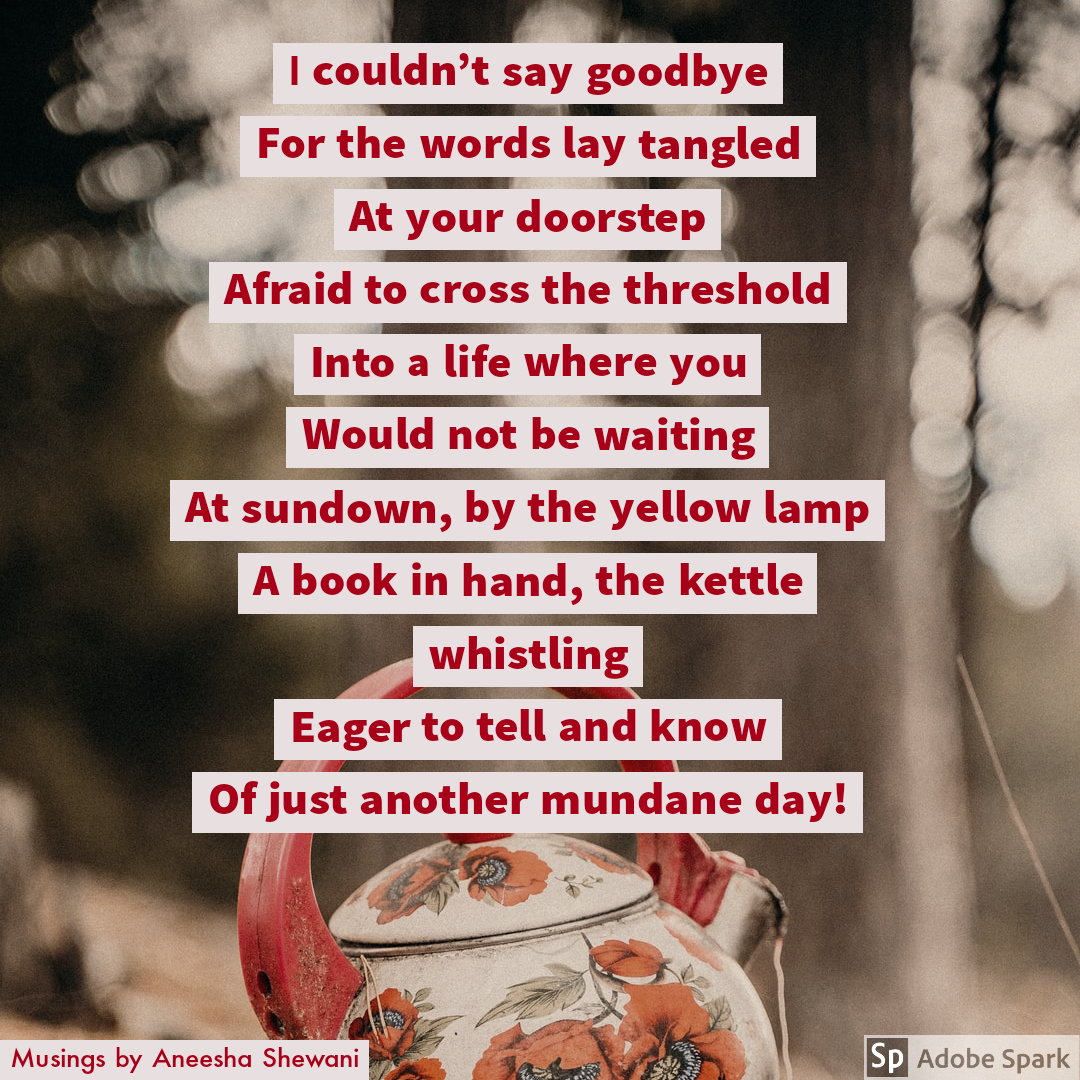 Globally, the lure of power is something I can never understand. Men of ripe age wanting authority over a divided people, in a raging pandemic, faltering economy, and destroyed environment. There must be something about power and the privileges that makes one want to embrace the worst possible stress and constant criticism and scrutiny, every single moment of their remaining life. Is power an addiction or is it just a way of life? Why is it so difficult to hand over the baton to another, with grace, dignity, and sharing of experience?

The desire to control people and land has been an age-old one, as ancient as the stars that make us up. There is always this one person dominating the family, the tribe, the clan, defining religion, molding the laws, having the final say in disputes, and eventually leading the men to war and conquest. All good till it lasts, till it serves the people but the desire to cling on to power only grows. Unsatiated, it invests on itself the Divine right. God has the power, so has man. Power is indestructible, so is the man wielding it?

Over the years, philosophies tried to evolve and keep power holders and religion or religious influences separate from each other. But we are still in a world where religion continues to influence politics, and so do so many other divisive factors. Does the power of “Power” lie in keeping people divided?

If you ask me, the real power is in leadership that embraces planning, guiding, listening, braving it out for the weaker, and taking everyone along. How difficult that can be? It can be if power gets into your head and makes you a megalomaniac. I was reading the other day that the more inferior a person feels, the stronger the desire for unbridled control.

A friend mentioned that she has noticed people craving more control as they grow older. Do they believe that power is the privilege of age? Who knows what goes in the minds of people who can only think in terms of subjugation of others and privilege for the self. One can only debate the adage that money cannot make one happy is true. Even with all the money in the world, the desire for controlling the souls and lives of people seems to give the highest rush.

As a down-to-earth person, with limited ambitions, but a compassionate view of life, which I seek to nourish, I find the power-race in our world disturbing, confusing, and absolutely incomprehensible. I think the corridors of power can be crowded and noisy with fans, followers, advisors, sycophants, but the real challenge is in deciphering whether you are lonely at the pinnacle. Every person at the peak of power need not take the lonely high seat. It takes just a step down to be a part of the people and lead the soul of the community, be the power of the people. Maybe this is Utopia and for all that we know Utopia is also not perfect!

Some day they will wonder
Where did all the people go?
With their dreams and deeds
Now rust and patina buried deep
Entangled moss and froth
Was it life incomplete
Or how it was meant to be?
They find a tiffin box with
Remnants of a meal
A torn cloth – a shroud or a veil
Who will tell?
Buried under the turmoil
A lost city of yore
Fallen from the map
How did it plummet so low!
The Armageddon or Apocalypse
Poisioned air or men at war?
How long to wipe out
Another city, another life;
Push a tribe from the brink
How long before we ignore
Lessons from the dead of lore?

This lush photograph was taken by me in April 2019 during a walk in front of the Hyatt House in Parsippany, New Jersey. It is a reminder of how things have changed in the past one year. The office I was visiting in that locality has closed it’s physically presence. I may have revisited this beautiful location in April 2020 but of course the plan, the trip, did not materialize as meetings embraced a digital avatar. Looking back, this photograph and the words are a reminder to take that walk, enjoy that beauty, have gratitude for the good things, and most importantly capture the moments.

The unending scar smirks
Remnants of a battle
Where, I, the enabler
Stoked hatred and anger
Unleashed on me in nights
Black as your soul
Or, may be, I was the dark one
Living, loving the misery
Staying on, when I should
Have been long gone!